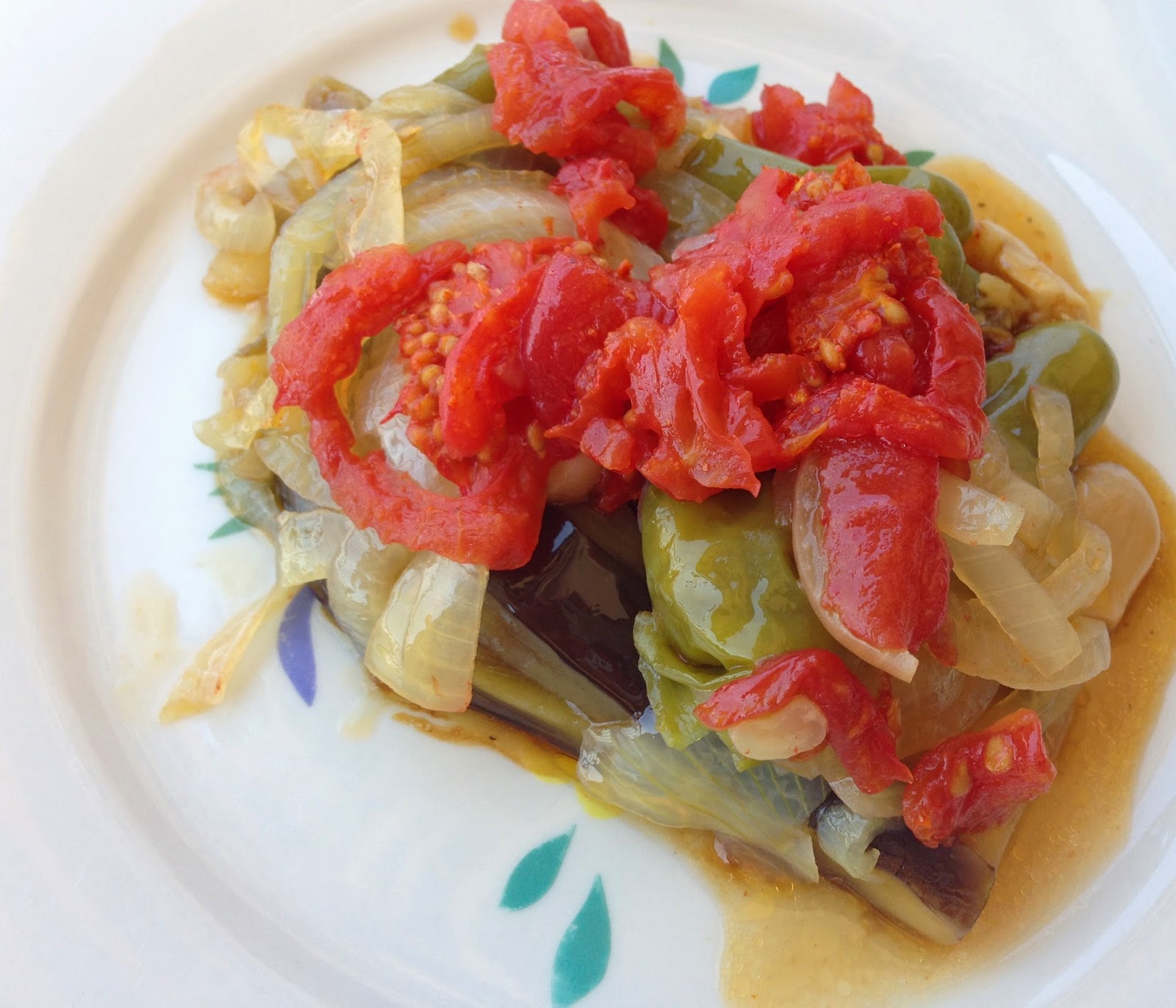 Literally meaning “peasant fries”, Kirli Kizartmasi is a local dish from Aydin province in the Aegean region of Turkey. It is traditionally made with summer vegetables first fried in olive oil and then simmered in a pot to blend all the tastes together. Once I tasted a healthy version of this at my friend Ayla's house, I was not going back to frying, since it was absolutely delicious. The trick was to let it simmer for about an hour and a half to two hours over very low heat.

Wash and dry the eggplants. Remove tops, peel eggplants lengthwise in stripes (see the picture below). Starting at the non-stem end, cut it lengthwise until about 1 1/2 inches from the stem. Do not cut all the way through. Make another cut lengthwise at 90 degrees to the first cut. Place eggplants on the bottom of a large port.

Wash peppers, remove stems and seeds from inside. Cut the peppers lengthwise into about 1/2 inch thick strips. Put the pepper strips over the eggplants as the second layer.

Peel and cut the onions in half. Then cut each half into 1/8 inch thick slices.  Place onions over the peppers.

Peel garlic cloves. If the cloves a very big, cut them in half. Place garlic cloves evenly on the top.
Place tomato slices over all the vegetables evenly.
Drizzle olive oil over the layers of vegetables. Then sprinkle salt and pepper over the tomatoes.

Turn on the heat to medium. Once it starts to simmer, lower the heat to very low and let it simmer for about an hour and a half to two hours. You won’t need to add any water to the pot since it will simmer in vegetables' own juices.  However, if you are in a hurry, you can add a cup of boiling water and simmer on medium heat. It takes about 20 minutes to cook. Check to see if the vegetables are very tender. Once it is cooked, remove from the heat. Transfer to a serving dish.  It can be eaten hot or at room temperature. Can be served with plain yogurt on the side (optional). 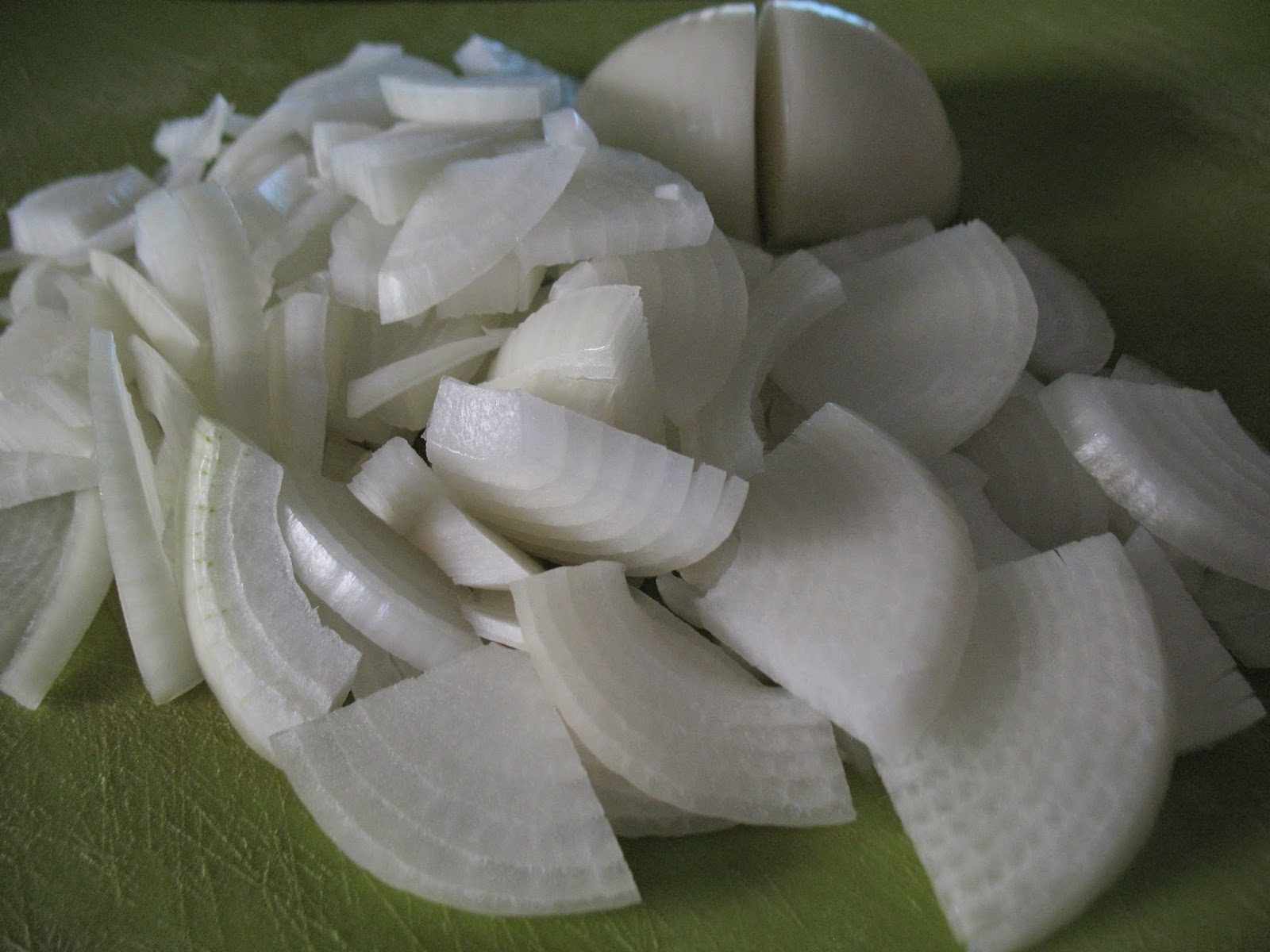 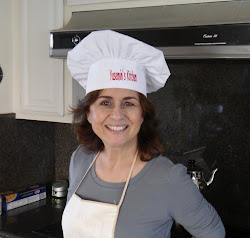 Yasemin
Hi, my name is Yasemin. I love cooking, especially cooking with friends and family. I believe that some of the best conversations take place around the kitchen counter. Do you remember a time when you burned something right under your nose because you were in a deep conversation with a friend over a glass of wine or a cup of coffee? It happened to me many times and those are some of the most precious memories I have. In my blog, I will share my favorite recipes and some stories from my kitchen and my life. Welcome to my home.